You may have heard a few distinguishing categories for the beloved pearl. One of which being the difference between saltwater and freshwater, am I right?

Well, today, we are going to give all of our attention to the saltwater pearl. Saltwater pearls have a much longer cultivation history making the process a little bit more mature and the glossy balls of joy a true sight to behold. Even though there are a few criteria (luster, nacre quality, etc.) to distinguish the quality between two gems, we must remember that personal preference also has a huge part to play!

Pearls have a soft spot in our hearts and a safe space in our jewelry boxes, but what makes saltwater pearls worth knowing about?

Basics: What are saltwater pearls?

Now, it might seem obvious but it wouldn’t be right for us to skip over the basic details, now would it?

Saltwater pearls are formed inside of an oyster that lives in saltwater. The exotic oceans just off the coast of places such as Australia, Myanmar, Thailand, Indonesia, Japan, and French Polynesia (and many more) are home to many saltwater pearl varieties.

For saltwater pearls to form, an irritant (also known as a nucleus bead for cultured pearls) is placed inside the oyster which gradually wraps the intruder with nacre—a silky soft material—to protect itself from the agitation of the unwanted guest.

Depending on where the saltwater pearl grows and a variety of other conditions, these saltwater pearls can appear in all different shapes, sizes and luster…as we are about to find out.

The major types of saltwater pearls

We’re going to break down each one so you can really get to know your stuff!😚

⚠️But before we do, l think we should share a few essential bits of information with you:

So does it matter whether you know which particular type of saltwater pearl you are purchasing? I’d say so!

Facts about the Akoya Pearl

The history of Akoya pearls

The Akoya pearl truly begins with the humble curiosity of one particular individual named, Kokichi Mikimoto.

Kokichi began experimenting with pearl cultivation in the 1800's, convinced that he would be capable of farming pearls. Unsuccessfully he dedicated himself to years of trial and error with very little success trying to form a magnificent pearl, a cultivation process he was determined to make work.

In 1905, after 12 years of trying and failing, Kokichi grew his first perfectly round pearl. With the small amount of mother of pearl as the nucleus, he was finally able to own a gem that had ordinarily been saved for the upper classes.

Indeed, when he brought his pearls to market it caused much confusion as people did not believe them to be real pearls!

OK, now for something a little…different! The Tahitian pearl is certainly a jaw-dropper for anyone looking for a bit of character. A twist on a classic, if you will!

Pssssssst! And here is something extra for you!

Tahitian pearls are not actually grown in Tahiti!
Tahiti is the main trading spot for all producers of the Tahiti pearl. Black-lip pearls are actually farmed in French Polynesia, the Cook Islands, and the Micronesian Islands.

Okay so, time for a broad overview of the main differences between saltwater and freshwater pearls.

Because as mentioned before, time and innovation has been able to close the gap between the quality of the two but there are still some major characteristic differences that set the two apart.

And they’re worth knowing about!

Saltwater pearls are considered more valuable. This is because the saltwater oysters produce far fewer pearls over the harvest and so they are considered to be more rare.

And rarity always adds value! Also, the higher quality luster and appearance make them incredibly desirable to consumers and collectors.

Freshwater pearls are considered less valuable as a freshwater mollusk can produce up to 50 pearls per harvest and they often do not have the same luster and color quality. But they are a great affordable option to add to any wardrobe!

How to care for saltwater pearls?

So, you’ve decided that a saltwater pearl is just the one for you? Great!

While there can be a range of nacre thicknesses, we must account for the fact that generally, the saltwater pearl has a thinner nacre than its freshwater counterparts so we must consider this when providing some much-needed TLC.

Here are some things to consider when looking after a saltwater pearl:

Everything you need to know about saltwater pearls

I think you’ll agree, that once you have some more knowledge, there’s a lot to learn about these little saltwater orbs of joy.

As with most gems, there’s a saltwater pearl out there to fit every kind of character and personality. You may prefer the classic, round soft white pearl that so perfectly sits upon the neck of a bride to be with its simplicity and timeless fashion.

Or you may prefer the quirky and unique vibe provided by a "black" Tahitian beauty with all its lumps and bumps!

Whatever you decide, a saltwater pearl is a pearl of quality and luscious appeal. Treat it with care and it will do the same for you!🤗

This site uses Akismet to reduce spam. Learn how your comment data is processed. 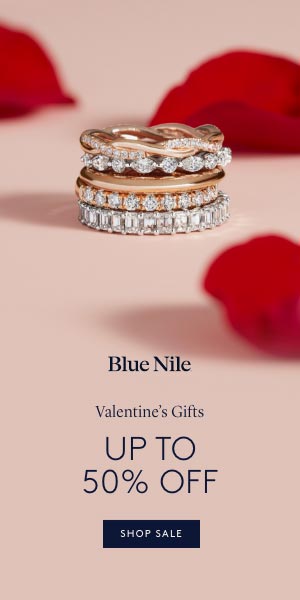