How to Cleanse Crystals? A Complete Guide (Advice Included)

Just like we bathe to remove dirt, grime, and germs from our body, crystals also require regular cleaning to remove the negativity silted on them.

Unclean crystals vibrate poorly, thus creating more harm than good. That’s why it’s recommended to clean crystals regularly.😊 When you clean crystals, they become charged with positivity and amass the power to manifest intentions besides spreading good vibration in the space they’re kept in.

All that being said, cleaning crystals physically is a whole other thing from cleansing them spiritually.📝 There are many ways to remove negativity from crystals via rituals concerning light, sound, touch, smoke, smell, and others.

Today we will learn the complete guide to cleansing crystals using the below topics:

Why and when do you need to cleanse your crystals?

You should cleanse crystals regularly because crystals absorb negativity while spreading positivity. ⚖️

Moreover, after intense energy rituals and prolonged intervals, these magical stones get drained easily. Resetting them with cleansing rituals helps to align their vibrations correctly and restore them to their natural conditions.

Cleansing healing stones isn’t a new craze. In fact, it has roots in both European and Eastern belief systems.

Today, cleansing crystals is the first step to working with any crystal.✅ It helps to lock the energies of your ritual easily when you clean the stones that you’re going to use.

When is the best time to cleanse crystals?

While it’s ideal to cleanse crystals that haven’t been purified for a long time, there are other ways to find out if your crystals need cleansing.

⚠️While many crystal users mistakenly use cleansing and charging interchangeably, both are quite distinct from each other.

Cleansing your crystal is defined as purifying it. In short, you are removing the negative vibrations and energies that are sediment on the crystal in such a process. It’s also a way to reset the energies of crystals. Think of cleansing as tidying up your dirty laptop with a microfiber cloth.

On the other hand, charging your crystal is like plugging-in a laptop without any battery-charge. Upon using the energy of crystals, we’re actually discharging the positivity within it. So once the positive charge within such a rock is drained, the reduction of charge builds up as negativity.

Hence, a clean crystal must be charged to manifest your intentions. And that’s why when you charge a crystal after resetting it, you are adding positive energy to it.

Cleaning a crystal physically isn’t the same as cleansing it energetically.

You are only removing unwanted things from its surface like dirt, dust, and grime when cleaning it physically. But when you’re cleansing a crystal, that’s when you remove the negative vibrations that are absorbed by it. Both are completely different and necessary for maintaining crystals in their best condition.

Just as bathing would only clean your body, cleaning only removes dirt from crystals. You need to think to cleanse your mind and crystals need equivalent energies to remove negative energies that are sediment on it.

How to clean crystals physically and what to keep in mind when doing so?

Not all crystals can be cleaned in water, no matter how dirty they are. Below you will find the toxic elements found in crystals so that you can keep them away from water.

How to clean crystals without water?

You can gently rub tumbled or polished crystals with a dry or lightly-damp cloth to remove dust and oils from them instead of soaking them in water. For rugged stones, use a soft-bristle brush to remove the dirt and dust every few weeks.

When it comes to cleansing the negativity off of a crystal, there are many ways to do it.

Let’s find out more about it:

You can use natural lights like sunlight and moonlight or manmade light like candlelight to cleanse crystals.

When using natural light, all you need to do is keep the crystals under the sun or moon for a few hours to repel the negativity on it.

Here’s a video to help you cleanse crystals under sunlight:

When using candlelight, make sure to run your crystals through the flame thrice. Alternatively, you can also keep them close to the light for a few hours.
SEE ALSO

Breath or "prana" energy regulates the flow of "life energy" and that’s why breathwork can cleanse crystals that are small, such as palm-sized healing stones.

Here’s how to do it:

Water is the best medium to cleanse away negativity from your crystals. You can cleanse crystals with four types of water.🌊

Take a look at them below in their order of importance.

Healing stones come from Mother Earth and that’s why it’s a good way to clean them by burying them in the soil so that they can absorb the vibrations of the earth. You can bury crystals in clay, flowerpot, sand, or garden soil.

This is how to do it:

Rice is known to balance the energy that exists between earth and heaven by absorbing negativity. When compared to white rice, brown rice is less-refined and more-so in its natural state and hence, a better medium to cleanse healing stones.

The following shows you how to cleanse healing stones with brown rice:

Here’s a video to help you cleanse crystals with rice.

Another way to cleanse crystals is by using acoustic vibrations or gentle classical music. You can do so in three ways as shown below:

You can also remove negativity settled on a crystal by using other crystals that don’t need cleansing such as clear quartz, selenite, or black tourmaline. To cleanse using these crystals, all you need to do is circle these over the ones you want to clean.

You can also keep crystals to be cleansed in a geode for a day or two as well. Another way is to keep crystals that need cleaning over a plate made of clear quartz or selenite.

One of the ancient ways of cleansing is by using the smoke of sacred herbs. It’s capable of removing negativity from crystals because smoke can attach to bad vibrations. That’s why it’s used for purification in Christian, Hindu, and Aztec rituals.

All you need to do is light up a sacred herb like palo santo, cedarwood, sage, sandalwood, or camphor and waft the smoke onto healing crystals for a few minutes.

An added benefit of sacred smoke is it spreads around the room you’re in and cleanses the space too.

A brilliant way to cleanse crystals that have absorbed negativity is by smudging them with sacred herbs. This is especially good for people who have a problem with smoke. All you need to cleanse this way is by rubbing crystals with sacred herbs like sage, cedarwood, palo santo, sandalwood, or basil in a circle about three times.

Our thoughts are powerful mediums to remove negativity too.

Here’s how to cleanse crystals with thoughts:

How to choose the right way to cleanse crystals?

Now that you know how to cleanse different crystals, it’s time to find out the best way to cleanse your crystals based on the things at hand like time, convenience, effect, preferences, and risks.

Added bonus: How to cleanse your healing crystal jewelry?

From tumbled stones to wands, crystal plates, pendulums, earrings, pendants, and rings, there are many types of crystals available today. But cleansing loose crystals is vastly different from cleansing jewelry made of crystals.

If you’re an avid wearer of healing crystal jewelry, you already know it’s the best way to balance and charge your chakras throughout the day. But as they often contain metal components other than healing stones, you need to be careful when cleansing them. That’s why you need to know how exactly to cleanse such jewelry without tarnishing, scratching, or damaging it.

You already know ways to cleanse loose crystals from the points above. So now let’s see how to cleanse healing crystal jewelry below.

How often do I need to cleanse my crystals?

What are some ideal affirmations for cleansing crystals?

The best mantras for crystal cleansing are:

How to keep/store my crystals after they’ve been cleansed?

The best way to protect cleansed crystals from absorbing negative energy is by storing them in bags made of silk or leather as they act as natural insulators.

Can I cleanse crystals in the snow and ocean?

Yes, you can cleanse crystals in snow and the ocean. When cleansing with snow, keep it atop the snow for a few minutes rather than burying it underneath. Make sure to wrap the crystals in a cloth bag and hold onto it before submerging the bag in the ocean, let alone it flows away.

Get started with crystal cleansing

Just as you wash clothes that get dirty, crystals need to be cleansed regularly to remove negative energy absorbed by them. The best time to clean crystals is when you buy them, when someone else touches them, if you wear them every day, or simply if you get the feeling that they need to be cleansed.

Cleansing is the first step to work with crystals and it’s typically done before charging them for setting intentions.

Keep in mind that cleansing a crystal energetically is absolutely different from cleaning it physically. While you can clean a healing stone to remove dirt and grime using water or cleaning brushes, energetic cleaning requires other mediums.

Based on the properties of a crystal, your convenience, preferences, availability of things at hand, time of the month, and so on, it’s easy to pick the right method to cleanse crystals. When it comes to cleansing crystal jewelry, not all methods are practical as jewelry comes with components other than crystals like metal, rubber, etcetera. You can use light, sound, rice, touch, smoke, and thoughts to clean crystal jewelry to be on the safe side.

While you don’t need to be a quantum physicist to understand how to remove bad energy from crystals, a basic understanding of crystal metaphysics is important to clean them energetically. Take a look at our complete crystal healing guide to grasp the fundamental concepts better. 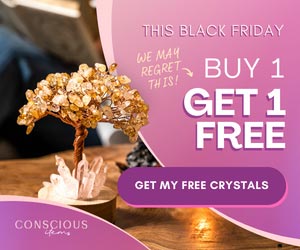 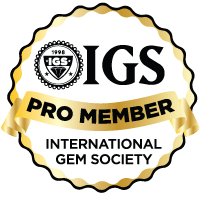